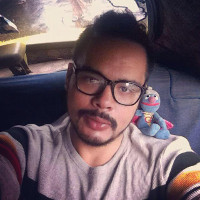 Joel Mark Baysa-Barredo, a proud son of Southeast Asia, was born and raised in the Philippines. He is currently residing and thriving in Salaya, Thailand. He pursued an  International Master’s Degree in Human Rights at Mahidol University (Thailand). He considers himself as a queer and critical scholar of life. He has been working with the Southeast Asian Human Rights Studies Network (SEAHRN) as coordinator and with the ASEAN Youth Forum (AYF) as core team member. As regional youth leader and human rights advocate, he actively took part in several UN and ASEAN-level endeavors with the aim of helping realize youth-driven and rights-centred global and regional communities. His fields of interest are migration, youth rights, sexuality and post-colonialism. Joel has dedicated his life to achieve a Southeast Asia that promotes, fulfills and protects everyone’s identities, bodies, choices and dreams. 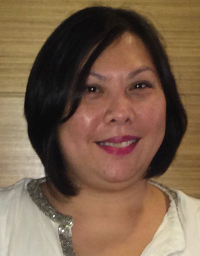 A lawyer by profession, Melizel has been involved in human rights work for the last 15 years. She is with the Research and Stakeholder Engagement Program of Verité Southeast Asia and as such, she has extensive research, auditing and training experience on and for various industries. She has been managing research projects and multi-stakeholder initiatives on fishing, electronics, garments and palm oil, among others. She is also currently involved in engaging various stakeholders in government, labor, industries and multinational companies on critical and emerging labor issues across Southeast Asia and the Middle East. She is part of the global research team working on foreign contract labor in formal manufacturing and agriculture, focusing mainly on Southeast Asia.

She is a co-funder of the Southeast Asian Human Rights Studies Network (SEAHRN) and she is currently the Secretariat Director of the SHAPE-SEA Programme that supports Southeast Asian academic and scholars who are researching and teaching human rights and peace studies. She is also a member of the Board of Greenpeace Southeast Asia.

Prior to working with Verité, she has worked on various human rights and developmental issues involving women, the environment, indigenous peoples, legal empowerment and access to justice of vulnerable groups. She has an International Master of Arts on Human Rights from Mahidol University, Thailand and Bachelor of Laws from the University of the Philippines. She has been a member of the Philippine Bar since 2002.

Prof. Muntarbhorn is Professor of Law at Chulalongkorn University, Bangkok, Thailand. In 1993, he was appointed the UN Special Rapporteur  on the Sale of Children, Child Prostitution and Child Pornography. Twice, he was serving as the UN Special Rapporteur on the Human Rights Situation in North Korea. He is currently Commissioner of Independent International Commission of Inquiry on Syrian Arab Republic (established by the United Nations). He is the recipient of the 2004 UNESCO Human Rights Education prize for his contribution to human rights education around the world. 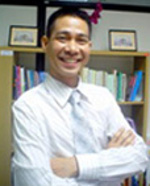 Eakpant Pindavanija is currently a full time lecturer in peace and conflict studies at the Institute of Human Rights and Peace Studies, Mahidol University, Thailand. Since July 2014, he has been formally serving as the Deputy Director for Administration of the Institute.

Eakpant is among very few scholars in Southeast Asia working in the fields of peace and conflicts with specific advanced degree in peace and conflict studies. After the completion of his Ph.D. in Inter- European Doctorate in Peace, Conflicts, and Development at the Universitat Jaume I, Castellon, Spain, in 2005, he joined the Peace Building Studies Centre, Mahidol University.

His researches so far focus mainly on the issues relating to conflicts and violence in the three Southmost provinces of Thailand dealing with community based development, communication mechanisms in the local community, cognitive process of the youth that leads to cultural violence as well as protracted conflicts in the three provinces. He is teaching courses from undergraduate to Ph.D levels (both Thai and International Programs) mainly in peace and conflict studies including theories of peace, conflicts and security, etc. 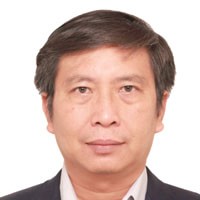 Mr. Sugiono’s major areas of interest include international political theory, global governance and security as well as comparative regionalism. He has worked recently on issues of radicalism, terrorism, and violence, on power in international relations, on humanitarianism as well as on human security approach to human trafficking. He is currently working on SEATIDE project (Trajectories of Inclusion and Dynamics of Exclusion in the Integration of Southeast Asia), a three-year collaborative research project involving 9 universities in Europe and Southeast Asia supported by the European Union.

Mr. Sugiono is the author of the Gramscian Critique of  Development (2000). His more recent publications includes ‘Asean Security Community and the Role of Civil Society in the Security Discourse in Southeast Asia,’ ‘Violent Communal Conflict and the Traditional Conflict Resolution in Indonesia’ (book chapter) and Cosmopolitanism in World Politics (journal article). He is co-editor of 2 volumes of Human Rights and Peace Studies in Southeast Asia, Vol 2 Defying the Impasse, and Vol 3 – Amplifying Voices.

Mr. Sugiono was an Erasmus Mundus Visiting Scholar at the Network on Humanitarian Action (NOHA). He was also a member of regional steering committee of the Global Partnership for the Prevention of Armed Conflict (GPPAC) and was actively engaged in the consultation process with Eminent Persons Group for the drafting of ASEAN Charter. He is a member of the advisory board of the The Asia-Pacific Centre for Responsibility to Protect (APR2P) and is now also the convener of the Southeast Asian Human Right Network (SEAHRN). At the same time, he is serving as the National Focal Point of Indonesia in the Thematic Study on the Right to Peace under ASEAN Intergovernmental Commission on Human Rights (AICHR). 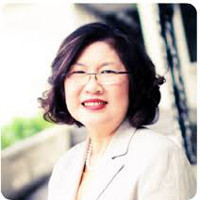 Assoc. Prof. Dr. Gajaseni has been appointed as the Executive Director of the ASEAN University Network (AUN) Secretariat since May 2009. With knowledge, leadership and experiences gained throughout her previous posts as Deputy Executive Director of AUN Secretariat and the Co-Director of the ASEAN-EU University Network Programme (AUNP), Dr. Gajaseni has become a proficient practitioner in the field of higher education cooperation. Also, Dr. Gajaseni’s academic role as Associate Professor at Faculty of Science, Chulalongkorn University allows her to utilize her expertise in freshwater ecology and environmental economics. Through these roles, she has been actively involved in the environmental development and natural resource management as well as in promoting intraregional and interregional academic collaborations which have been recognized for the concrete contributions to human capacity building and overall development especially in ASEAN region. 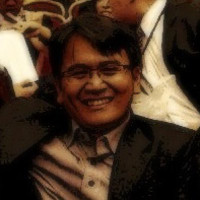 Mr. Purnama is the head of Human Rights Center at Faculty of Law, Universitas Indonesia. He joint academia since 2004 and he teaches at International Law Department. He also teaches Law and Human Rights, specialy on the Introduction of Human Rights and International Humanitarian Law. Mr. Purnama was educated in both Indonesia and United States of America. He received his undergraduate degree in law (SarjanaHukum) from the Faculty of Law, Univerisitas Indonesia in 2002 and earned his Master of Law (LL.M) degree from Washington College of Law, American University at Washington, D.C., in 2004 by obtaining Scholarship from USAID.

Ms. Ngo Huong is a leading development expert in Vietnam. She joins the academia and civil society sector in Vietnam. She is currently a PhD fellow on Human Rights and Peace Studies at Mahidol University (Thailand). She holds master degrees in Public International Law and Human Rights from University of Oslo and a master degree in Development Management from the Asian Institute of Management in the Philippines.

Ms. Ngo is currently coordinating the master programme on Human Rights Laws at School of Law, National University Hanoi. Ms. Ngo is the co-founder of Center for Development and Integration since 2005. The Center has strong focus on Labor’s Rights, Human Security, Food Security, Good Governance, Accountability and Transparency and Access to Information, Trade and Development. Ms. Ngo also had experiences at Asian Development Bank, NORAD and other NGOs in Vietnam.

Chair of the Programme

Dr. Petcharamesree is currently a full time faculty member at the Institute of Human Rights and Peace Studies, Mahidol University, Thailand. She received her first degree in political science from Thammasat University,  her D.E.A. in Comparative Politics and then Ph.D. (Doctorat) in international  politics from the University of Paris-X Nanterre, France.

Her first formal contact with human rights works started when she served as a social worker at the UNICEF’s Emergency Operations for Cambodian Refugees. Since 1990s she has been active in human rights field both among academic community and human rights activists at national,  regional and international levels, she works closely with NGOs, grassroots people and some marginalized groups, ethnic minorities, migrant workers, asylum seekers, etc. Her recent works focus, among others, on issues of citizenship, migration, statelessness, rights to development, and human rights in international relations.

She has been studying about ASEAN and its member states, Indochina in particular during the past 25 years. Since October 2009, she was appointed by the Thai government as the Thai Representative to the ASEAN Intergovernmental Commission on Human Rights in which she was serving until December 2012. Also, since 2009, she has been serving as the convener of the AUN-HRE and active member of the SEAHRN. She was leading a team of researchers from SEA to conduct three regional research projects including the one on Mapping and Analysis of Human Rights and Peace Education in SEA. 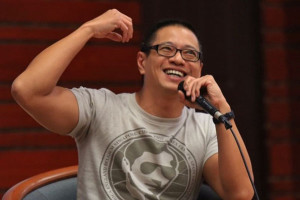 Azmi Sharom is an Associate Professor in the Faculty of Law, University of Malaya. He obtained his LLB from Sheffield University, LLM from Nottingham University and his PhD from the School of Oriental and African Studies. He is the Head of the Human Rights Research Group in his Faculty and has been with SEAHRN since its creation. He teaches Environmental Law and Human Rights Law. His latest academic publications are as Chief Editor of Human Rights and Peace in Southeast Asia Series 2: Defying the Impasse, and Human Rights and Peace in Southeast Asia Series 2: Amplifying the Voices, Southeast Asian Human Rights Studies Network, 2013. He writes fortnightly columns on current affairs for The Star and Sin Chew Jit Poh. A collection of his newspaper and magazine articles has been published in a book entitled Brave New World: Greatest Hits, SIRD, 2015.