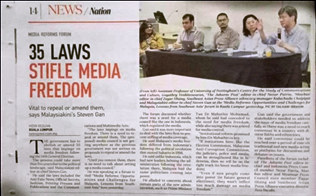 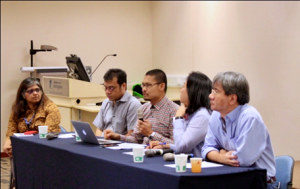 Sustaining Media Reforms – Southeast Asia has seen tremendous changes since the democratisation movements in the mid‐1980s, mainly in the Philippines, Thailand and Indonesia. Political change has affected the media, which had been under strict control and censorship, and at the same time, media was also central to mobilising political changes in those countries. In recent years, a shift towards political openness began in Myanmar after decades of military rule. While the changes in Myanmar are at a nascent stage, the other three country countries have seen remarkable developments in the area of media development and freedoms. New challenges have emerged, primarily from the commercialisation of media and political divisions in society that have pushed back some of the gains made in the last two decades. This research project focuses on Thailand, Indonesia and Myanmar to critically analyse how far changes that have taken place were or have the potential to be meaningful and able to support the consolidation of democracy, and what challenges persist in these environments. The three countries under study – Indonesia, Myanmar and Thailand –‐ have different histories and political developments, but all the countries have had or continue to have strong military role in politics, to an extent that it affects media operations. Internal and external pressures led to the regimes in power to give in to demands for “opening” in different ways and over different periods, but for similar goals of democratisation and more freedoms. This research project is part of PhD thesis conducted at University of Nottingham, Malaysia.