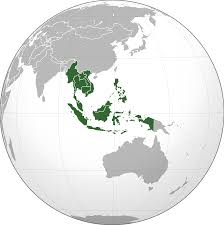 2. To explain how these NHRIs could bridge the domestic to international systems of human rights protection regardless of their contrasting political regimes.

3. To investigate the extent to which these NHRIs could influence the form and operations in contributing to human rights protection in the region.

During the early process of drafting up an ASEAN Charter, ASEAN human rights body, there has been reluctancy to include a human rights body. After numerous discussions, the ASEAN leaders finally came to an agreement to establish a human rights body, however, the phrase of NHRIs has excluded. Rather, the phrase civil society organizations and other stakeholders are used in the text. Having said this, the debate on human rights has always been about the ASEAN states and the NGOs with limited emphasis on the roles of the NHRIs. Today, the Southeast Asia region has a total of six NHRIs in Indonesia, Thailand, the Philippines, Malaysia, Timor Leste and Myanmar. In the mean time, some on-going discussions on the possibility to establish NHRI especially in Cambodia and Vietnam are now underway. Having said that, there is possibility for the number of NHRIs in the Southeast Asia to grow in the near future.

Moreover, with the formalization of the SEANF in 2009, it has shown the commitment of these NHRIs to advance their human rights work collectively at the regional level to be in line with the ASEAN Charter. Through the platform of SEANF, the human rights advocacy is now taking another turn to transboundary approach. What’s more, these NHRIs are also active members in the APF and ICC. This is especially important in view of the existence of AICHR. What this has shown is that there is no doubt the sphere human rights discourse has been expanded and it poses even more relevant question to the roles and functions of the NHRIs and its unique space between state and society.
With the dominant principle of non-interference in the ASEAN, regional human rights issues such as human trafficking and migrant workers present challenges on how the Southeast Asia NHRIs could perform its role within the confined environment of ASEAN norms. In the mean time, the question also arises on how these Southeast Asia NHRIs could work closer with the AICHR. This is where the roles and functions of the NHRIs become important as its unique role between state and society should be enhanced and recognized.

Ying Hooi is Senior Lecturer at the Department of International and Strategic Studies, University of Malaya. Formerly a board member of the Amnesty International Malaysia, Ying Hooi is the Deputy Editor of Malaysian Journal of International Relations and sits in the editorial board of Suvannabhumi: Multi-disciplinary Journal of Southeast Asian Studies. A columnist with an online news portal, The Malaysian Insider, she is also the author of “Seeds of Dissent”, a compilation of her commentaries on academic freedom, human rights, protests and political change in Malaysia.