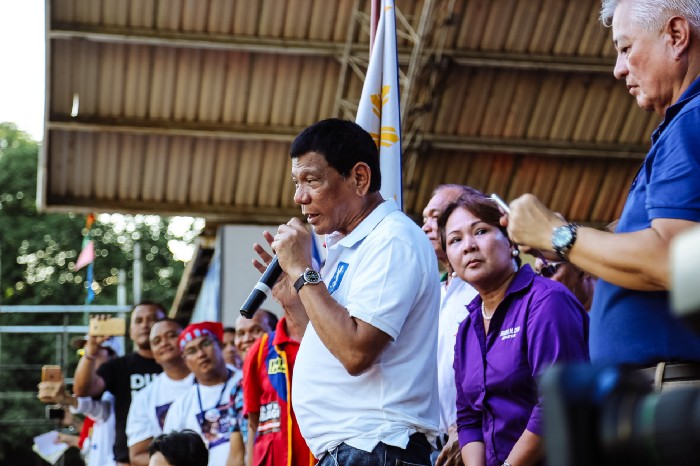 Rodrigo Duterte became the 16th president of the Philippines in 2016

The already shrunken democratic space in the Philippines, one of Asia’s oldest democracies, is once again having to fend off blows after a series of shameless and blatant violations of human rights occurring in her own backyard. The Philippine President’s popularity remains high despite the number of corpses on the streets and his utter disrespect for the rule of law, an example of how adept the administration has become at silencing dissenters.

As more and more individuals and groups are shut down, by either branding them as protectors of drug peddlers, yellowtards (supporters of the previous administration), and/or fake news propagators, democratic checks and balances are being increasingly incapacitated. From the unconstitutional and unprecedented ousting of a Supreme Court Chief Justice to the clear curtailment of freedom of the press, the Philippines has taken a nose-dive in its human rights record since the fall of Marcos in the 80s. Philippine-branded democracy is considered one of the most complicated in the world as it is constantly derailed by “guns, goons, and gold.”

The lives lost in Duterte’s so-called war on drugs is a symbol of the Philippine government’s abandonment of its obligation to protect, promote, and fulfil human rights. With all these failures, it is clear that the democratic obelisk that the Philippines claims to be is nothing more than a delusion.

This short blog is part of a chapter in the Human Rights In Southeast Asia Outlook 2018. View their publication here → https://shapesea.com/digital-library-outlook/

This article first appeared as a blog post on Medium: https://medium.com/@jcldinco/asias-oldest-and-failing-democracy-32bbb523519d