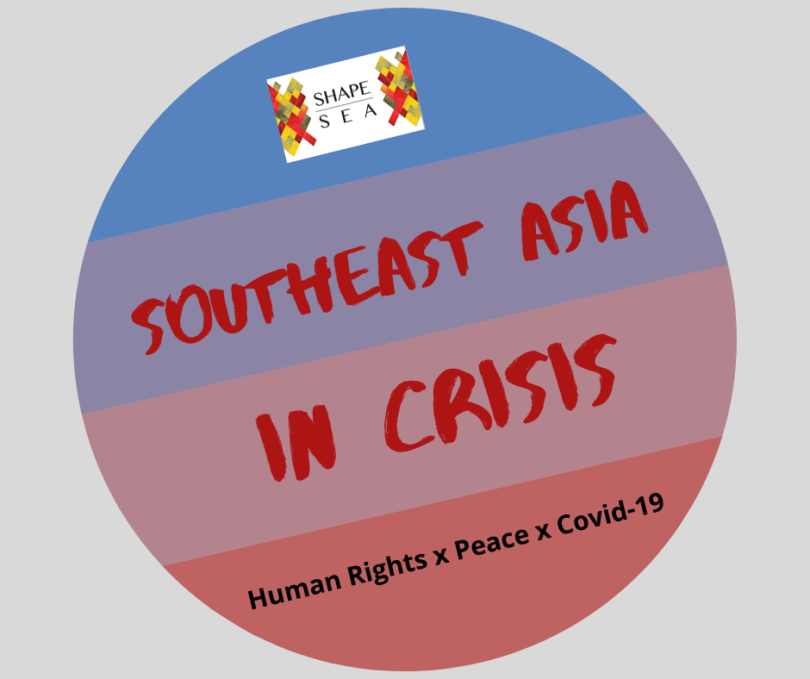 Kimkong Heng
Kimkong Heng is a PhD candidate at the University of Queensland in Australia and a Visiting Senior Fellow at the Cambodian Institute for Cooperation and Peace (CICP). He is a co-founder of Cambodian Education Forum and a recipient of the Australia Awards Scholarship. All views expressed are his own. 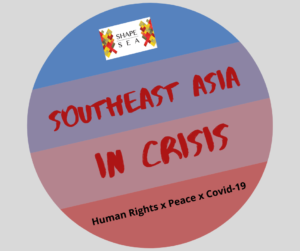 In recent years, the human rights situation in Cambodia has deteriorated as the country is transitioning to hegemonic authoritarianism (Morgenbesser, 2019; Un, 2019). The country’s descent into authoritarianism has raised eyebrows among major democracies such as the United States and the European Union, leading them to impose sanctions on Cambodia in various forms.

The US passed a Cambodia Democracy Act of 2019, which resulted in asset freezes and visa restrictions on several of Cambodia’s senior officials and military generals seen as responsible for undermining democracy and violating human rights in Cambodia (Prak, 2019). The EU decided to partially withdraw its Everything But Arms (EBA) trade scheme, which Cambodia has enjoyed since 2001 (European Commission, 2020).

The EU’s EBA withdrawal is considered by the Cambodian government as an interference with Cambodia’s internal affairs and a double standard pursued by the EU. The Cambodian government argues that the EU imposes trade sanctions on Cambodia but ignores appalling human rights records in other countries such as the Philippines and Vietnam (see Heng, 2020a; Human Rights Watch [HRW], 2019).

This article argues that Cambodia must move beyond its “double standard” narrative if it wants to sustain its good relations with the EU and prevent further loss of trade benefits under the EBA scheme (see Heng, 2020b). It also calls for an end to the Cambodian government’s increasing repression on activists and government critics.

In fact, given the need to recover its economy that has been severely hit by the COVID-19 pandemic, Cambodia must constructively engage its key trading partners such as the US, the EU and others. The country must jettison its narrative promulgating that the EU is being unfair in its treatment of Cambodia and that the bloc is practicing double standards when it decided to withdraw its EBA trade scheme (Heng, 2020c).

The EU’s decision to partially withdraw the EBA trade scheme from Cambodia took effect on 12 August. This decision means that Cambodia has lost about one-fifth (or approximately $1 billion) of its tariff-free and quota-free exports to the European market (European Commission, 2020). The EU’s EBA withdrawal was believed to reverse Cambodia’s democratic drift; however, recent developments on the ground appear otherwise. State repression on activists has increased since the beginning of 2020. A number of arbitrary arrests have been reported, many of which were charged with spreading COVID-19 fake news and incitement to cause social unrest (HRW, 2020a; LICADHO, 2020)

Since the EU decided to begin the formal procedure to withdraw EBA from Cambodia in October 2018, the Cambodian government has used a narrative along the lines of “the EU’s double standards” to influence public opinion (Khmer Times, 2018). This narrative has neither been helpful nor effective. In fact, it is counterproductive, adding fuel to divisions among Cambodians and potentially preventing constructive dialogue between the two parties after the EBA scheme is partially withdrawn. At worst, the narrative, if used excessively, may damage Cambodia-EU relations in the long run.

Thus, considering the fact that Cambodia has already lost about 20 percent of the benefits it has enjoyed under the EBA scheme, the government and its officials need to refrain from promulgating narratives that only lead to further divisions among the Cambodian people and potentially result in more loss of trade benefits.

Although it appears to be logical to consider the EU’s EBA sanctions as “extreme injustice” or “double standards” (Reuters Staff, 2018) by comparing how the bloc treats Cambodia vis-a-vis other countries in Southeast Asia, it is not viable to keep spreading such narratives. Dubbing the EU as unjust, immoral or hypocritical will contribute nothing to improve the status quo.

Cambodia has already lost a portion of the benefits given under the EBA program. Its economy has experienced the slowest growth since the early 1990s (World Bank, 2020). The country’s major industries such as tourism and manufacturing have been profoundly impacted by COVID-19. So far, around 250 factories have suspended operations, leaving more than 130,000 workers jobless (Mandhana & Myo, 2020).

Instead of findings solutions to continue to enjoy the EBA benefits by engaging the EU in a more constructive manner, Cambodia seems to be adamant believing that it has already done the best it can. This perception tends to raise a few, if not many, questions. For example, why does the Cambodian government not find ways to compromise and resolve this EBA issue so that Cambodia continue to enjoy the benefits rather than lose them? What is the government’s main priority: national interests or domination of domestic politics? Why can the government not improve the rule of law and human rights situation, seen by the EU and other democratic countries as deteriorating? Many more questions like these can be asked.

The crux of the EBA issue is linked with the government’s unprecedented crackdown on dissent and opposition group. In 2017, about one year before the general election in July 2018, the crackdown was on full display. An independent English-language newspaper, The Cambodia Daily, was forced to shut its doors because of a huge unpaid tax bill (BBC, 2017). Another English-language newspaper, the Phnom Penh Post, believed to be the last independent newspaper in the country was sold a Malaysian businessman whose company has ties to Cambodian Prime Minister Hun Sen (HRW, 2018).

Worse than the attack on media freedom were the dissolution of the only viable opposition party, the Cambodia National Rescue Party, and the arrest of its leader on charges of conducting a color revolution to topple the legitimate government (Ben, Mech, & Baliga, 2017; Niem, 2018). The crackdown has been ongoing and appeared to get worse since then. For example, in the first half of 2020, the Human Right Watch reported that many people were arrested, with 80 were released on bail and could face re-arrest (HRW, 2020b). Since late July, at least 24 activists including youth and environmental activists have been arrested (see LICADHO, 2020; Turton & Phorn, 2020). These arrests, many of which were arbitrary (HRW, 2020a), look set to increase as many youth and activists are stepping up to demand the release of prominent union leader Rong Chhun, a long-time government critic, who was arrested on 31 July (Phoung, 2020).

The continuation of the Cambodian government’s crackdown on dissent through arrests and imprisonment will no doubt draw more criticism and sanctions by the international community, negatively affecting Cambodia’s efforts to recover its economy that has been damaged by COVID-19.

Thus, it is imperative that the government led by the ruling Cambodian People’s Party reconsider its repressive measures. When partially withdrawing its EBA scheme from Cambodia, the EU noted that it would consider restoring “fully free access” to the EU market for Cambodian products, if the Kingdom made a “substantial improvement” in human rights and labor rights (European Commission, 2020). However, recent developments seem to go against the EU’s call, which is worrisome and does not bode well for the future of democracy in Cambodia.

Cambodia is a poor country that still needs support from its development partners, including the EU, the US and their allies. Although China’s role and influence in Cambodia have recently become more prominent, Cambodia has to be strategic in its engagement with China. It needs to be smart and flexible, ensuring that its relations with China would not upset the West and vice versa. This is a challenge facing Cambodia and many countries in the region amid the growing great power rivalry for influence in the Asia-Pacific region.

Cambodia might be caught in the middle of this strategic competition if it is unable to maneuver its foreign policy that can effectively navigate the US-China rivalry (Heng, 2020d). Thus, in the face of this geopolitical challenge, Cambodia needs to be smarter, more diplomatic and more flexible.

There are many things Cambodia must do to catch up with neighboring countries and others in the region, including diversifying its export markets, expediting reforms to state institutions, revitalizing its underdeveloped agricultural industry and prioritizing education, research and technology adoption, among other priorities (see Heng, 2020e, 2020f).

However, post-EBA Cambodia needs to make greater efforts to provide more freedom for its citizens to express their concerns on social and political issues of importance to them and their community. Restricting and silencing its own people through force, legal means and other desperate measures should be put to end.

While it is now vital for Cambodia to jettison its EU “double standard” narrative and engage the bloc more constructively to bring about maximum benefits for Cambodian society, the Cambodian government must end its repression on the political opposition, government critics, human rights defenders and other activists.

Heng, K. (2020b, 12 September). Cambodia must move beyond its “double standard” narrative. The Geopolitics. Retrieved from https://thegeopolitics.com/cambodia-must-move-beyond-its-double-standard-narrative/