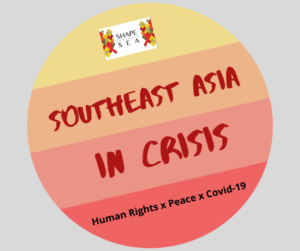 A 49-year-old man from Thailand who had travelled to India on a religious tour died at the Coimbatore Medical College Hospital in Tamil Nadu on 17 March  2020. He tested negative for COVID-19 and his cause of death was renal failure and septicemia.

However inquiries about him revealed he had traveled from Thailand in a group of seven people and when two days later others were identified to be part of his group, two among them tested positive for Covid-19.

This chance encounter with the Thailand national at the Coimbatore airport in Tamil Nadu has now triggered a nationwide search for the Southeast Asian nationals who had come to India to attend Islamic religious congregation held at in New Delhi from 13-15 March.

After the event  many attendee went back to their native places, some traveled inside India for religious preaching and still many stayed back in the dormitory of the building after 15 March, when Prime Minister Narendra Modi announced a three-week nationwide lockdown, 24 March.

Among the 3000 people who attended the Delhi congregation at least 10 attendees who had tested positive have died due to the Covid -19 infections.

Indian Home Ministry in a press release said, ‘as many as 2100 foreigners visited India for Tablighi activities since January 1, 2020.  While as on 2 March, approximately 824 of them were dispersed in different parts of the country, 216 of them were staying in the building in New Delhi.

The foreign nationals mostly belonged from several Southeast Asian countries particularly; Indonesia, Malaysia, Thailand and Myanmar besides other countries and had come to India for Tabligh activities.

Among the foreign nationals there were 50 cases that were tested COVID-19 positive, 16 cases among them belonged to nationals from Indonesia, Malaysia and Thailand.

Tablighi Jamaat is an Islamic evangelical organization that has presence in several parts of India and countries in South Asia and South-East Asia.

In the southern state of Tamil Nadu an official said there were a total 167 foreign nationals who came to state for this purpose from New Delhi, at a press briefing in Chennai.

“Seventy-eight of the 167 foreign nationals has gone back to their respective countries. Eighty-nine are still in Tamil Nadu and have been quarantined,” the official added.

Among them 14 Indonesia Islamic preachers were found to be tested positive in in Salem district as on 25 March, the official said.

In related development in the nearby Telengana state, seven Indonesians were tested positive for Coivd- 19 in Kurnool district as on March16.

In Jharkhand, the eastern state of India a young Malaysian woman tested positive on March 30. The Malaysian woman was among the 24 persons, 18 foreign nationals and six Indian citizens, found staying in a mosque in the state capital Ranchi.

According to news reports appearing from Southeast Asian countries authorities in Indonesia and Malaysia are investigating to determine how many of their citizens may have been infected as part of a new of COVID-19 cluster emerging from the Muslim congregation event held in New Delhi.

Indonesians and Malaysians reportedly were among the majority of the foreign nationals those attending the event held in the Tablighi Jamaat Markaz at Nizamudin in New Delhi.

It is reported that Indonesian Foreign Minister Retno Marsudi, at a press conference in Jakarta had said, “There were 731 Tablighi members from Indonesia who had gone to India but I am unaware of their status who had attended the New Delhi event. “

Similar report from Malaysia says its Health Director-General Noor Hisham Abdullah had said that he was investigating about his countrymen who had attended the gathering in India. “We are trying to get more information from our counterpart in India,” he told reporters in Putrajaya.

In India there is a big debate going on with the blame game going on in a circle between government and the organizers. Both are accusing each other for negligence and irresponsible behavior towards this human catastrophe.

The organizers say that it was the responsibility of the government to screen the foreign national at the airport before sending them to the conference. Secondly, even after their repeated information, the government had not heeded to their predicaments.

The government on the other hand blames the organizers for negligent and irresponsible behavior in not stopping their activities when the Covid monster loomed large and risking a large number people towards fatalities.

It appears both the government and the organizers have valid points to score some brownie points, the fact remains that it is because of the foreign nationals’ presence and a huge gathering being assembled that a cluster Covid-19 positive cases has emerged from one place.

In sum there are two basic lessons learnt from this controversy. One, at the outset the foreigner’s participants could have been screened for health reasons before being allowed to participate in the conference. Second, seeing the gravity of the situation the organizers should have cancelled the conference and may have refrained from such event that put such a larger of people to fatal health risks.