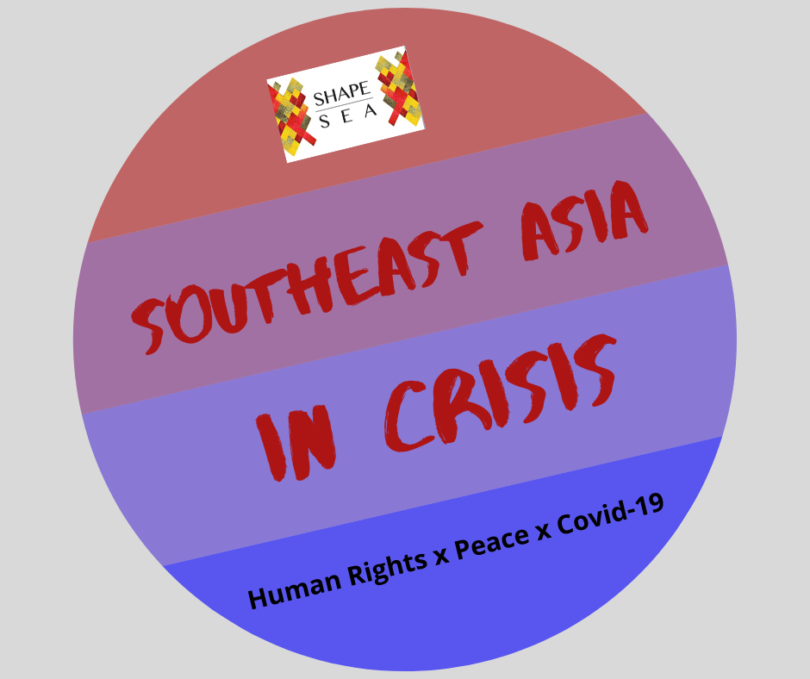 Ma. Josephine Therese Emily G. Teves
Doctoral candidate of International Development Studies from the Faculty of Political Science of Chulalongkorn University. I am a recipient of the ASEAN and Non-ASEAN Countries and MAIDS-GRID Scholarship for ASEAN Students. She took her Master’s in Business Administration (major in International Project Management) in Kyoto University under the Asian Development Bank (ADB) Scholarship – Japan Scholarship Program. 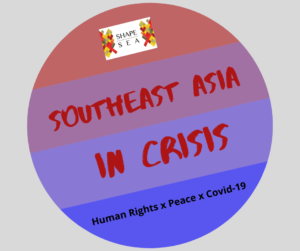 The Thai government’s biopower asserts biopolitical imperative to protect migrant workers from the virus.[1] It utilizes dominant means of discipline and sovereign power (e.g., lockdowns and emergency decrees), resulting in a partial curtailment of socio-economic freedoms and democratic involvement in political decision-making. It regulated and altered migrant workers’ life processes wherein numerous policies introduced were meant to govern their mobility. Various protection interventions that were provided to both documented and undocumented migrant workers are plagued with issues and challenges. First, the logic of securitizing public space through the conduct of contract tracing fortified the surveillance and policing infrastructure capabilities of the state. People’s skepticism toward state-promoted contact tracing technologies and the possibility of its privacy and data protection vulnerabilities have undermined its effectiveness. Data privacy issues have veered the public away from the real purpose of these contact tracing measures which could be potentially important in flattening the curve. Based on a study conducted by Privacy International, cheap smartphones, usually used by migrant workers, have intrinsic data protection vulnerabilities exposing users to increased surveillance and hacking and vulnerable to interruptions in critical security updates (Privacy International, 2017). These issues are important especially as Thailand authorities are perceived to operate with impunity due to escalating tensions amid corruption issues, student arrests and economic fallout from the pandemic (France 24,2020).

Second, the late conduct of random COVID-19 tests among migrant workers may have aggravated the problem at a regional level as home states are not ready to accept returning migrants. The announcement of Thailand’s shutdown created a mass exodus of Burmese and Cambodian migrant workers due to fear of starvation having no job, money, healthcare and other resources. Most of them opted to return home despite being discouraged from doing so as staying in Thailand meant inaccessibility of basic needs such as food and shelter. Since migrant workers mainly came from neighboring states with relatively weak healthcare systems, returning migrant workers who were not able to get tested may become potential carriers of the virus. The Burmese Government requested its Thai counterparts to only allow 2,500 returnees per day through the Myawaddy border gate; however, due to the postponement of the Emergency Decree in Thailand until the 31 May 2020, returns were delayed to allow for the necessary arrangements to be put in place by the Thai government.

Third, the normalization of lockdown restrained cross-border travel. Border checkpoints were closed across the state (for people) and prohibited movement at unofficial crossings. In fact, on the 26 March 2020, the Burmese Government issued an emergency decree that banned entry to non-Thai nationals, except for shippers, diplomats, drivers, pilots, and others allowed by the state. It was forced to reopen its borders to allow thousands of migrant workers from Myanmar, Laos, and Vietnam to return to their home countries. These uncertain border closures, unstable food chains and income sources added to the sense of panic felt within migrant communities during this public health emergency. This scenario led to more migrants crossing at non-official crossing points.

Moreover, despite announcements of regulatory policies, documented migrant workers have still been worse off during pandemic. First, few were able to receive unemployment benefits and were not able to find new employment. Despite Thai authorities grants to legal foreign workers who registered under article 33 of the Social Security Act to receive all benefits (e.g., 62% of their pay but not exceeding 90 days and medical care for check-up and treatment), migrant workers have struggled to find new employment, have been unable to cope with their daily expenses, and unable to send remittances. Second, no clear and consistent policies were created to accommodate workers to return for work nor support migrant workers to enter the registration process.  Aside from bureaucratic delays, migrant workers still face economic and financial challenges as domestic businesses have taken advantage of the pandemic to push their employees to tend resignation letters to minimize severance pay (e.g., receiving their next month’s salary and other pending unpaid leave entitlements in case of contract termination). Lastly, few were able to receive social security payments due to difficulties in securing requirements to receive aid such as a Thai bank account and at least six months payment of government contributions.

In sum, Thai authorities have failed to aid undocumented migrants which includes those working in the informal sectors (e.g., domestic work, agriculture, and fishing), regular workers whose employers have not enrolled them in the social security system, and undocumented migrant workers. Furthermore, it failed to conduct mass-testing among migrant workers. This lack of coronavirus testing, in addition to the long incubation period of the virus, has made it incomprehensible to determine how many of those who left Thailand were carriers of the COVID-19 virus and how many of the undocumented foreign workers did not seek medical support due to high costs involved and a fear of the repercussions of engaging with authorities (e.g., deportation for those with irregular status). It also failed to ensure the availability of protective gear such as personal protective equipment (PPE), masks and hand sanitizers for those who continued to work on high-rise buildings, apartment complexes and building sites. Moreover, the congested and poor sanitary conditions of migrant accommodations show that social distancing is implausible in their community. Inadequate and inept policy responses have disregard vulnerable migrant workers and reflect the overwhelming disparities in treatment between citizens and the migrant population.

———————————–
[1] Biopower is defined as a form of power that intends to save and take charge of life. This is a situation wherein the concept of life is subjected to explicit calculation in the knowledge-power regime while biopolitics is the political rationality expressed through the administration of biopower.