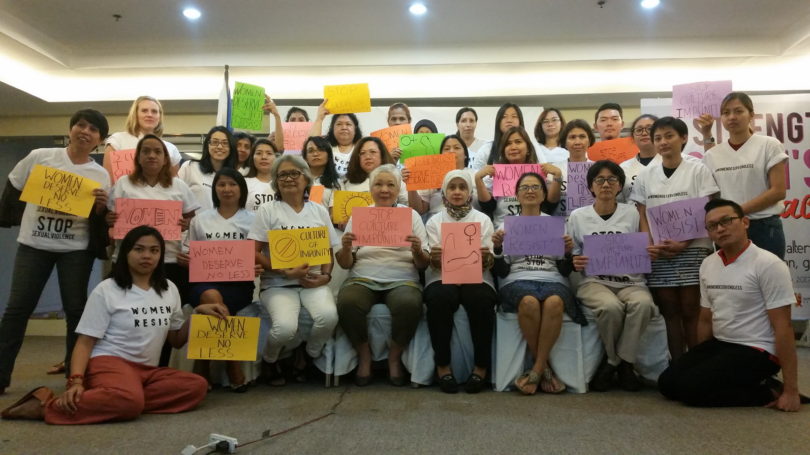 Regional Dialogue on Strengthening Women’s Rights Work in ASEAN: Alternatives for Regional Integration, Governance and Justice was a two-day dialogue organized by the Women’s Legal Bureau (WLB) – a founding member of WEAVE.

Weaving Women’s Voices in ASEAN, or “WEAVE”, a regional group of women’s organizations and advocates from six ASEAN countries.WEAVE is a regional network with members who are national networks from 6 countries – Brunei Darussalam, Cambodia, Indonesia, Myanmar, Philippines and Thailand. The members are themselves national networks in their respective countries.

The Regional Dialogue brought together women’s human rights groups, academics and advocates in SEA to discuss the following issues:

(1) Regional integration remains to be driven by pursuits for accelerated economic growth and not people-centred;

(2) Need for women’s space to discuss and proposed alternatives for economic justice governance; and

(3) Develop economic justice as a regional agenda of women’s advocates, feminists and academics.

The findings of the research entitled, “Women and the ASEAN 2025 Vision: Locating the Gender and Human Rights Dimension of the ASEAN Economic Community”, a SHAPE-SEA Regional Grant Recipient were presented.

The Regional Dialogue was attended by 55 participants.

The outputs of the activity will include a regional brief on the alternatives for Regional Economic Integration for strengthening women’s work rights in ASEAN.