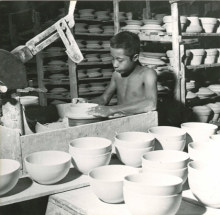 Currently, worker rights are not strongly protected in Myanmar: employers show no or little interest to follow the rules and regulations set by the government, the government is weak on enforcement, and laws and regulations related to labour have been found to be weak. During the democratic transition in Myanmar there were laws promulgated on the promotion of workers’ rights and labour unions have expanded their roles, but challenges remain. Despite the strengthening of labour laws in Myanmar as it undergoes a period of political reform, the strength of the protection of workers, especially non-factory workers in Small and Medium Enterprises (“SMEs”), under such enhanced laws has not necessarily increased. Many employers continue to dominate the employer-employee relationship due to a lack of awareness and proper enforcement of the law, resulting in the continued prevalence of undesirable working conditions, such as long working hours without extra pay, and lack of job security and benefits for workers. There is a need for action from the government, civil society organisations, and international organisations to create greater awareness of labour law among all workers and employers in Myanmar in order to better protect those whom such law has been intended to protect.

This research is based on the views of 20 selected workers who were interviewed face to face from September to November 2015 – (12) females and (8) male workers from different companies in Yangon were the participants. The survey results provide a record of the challenges of workers and offer recommendations to implement the existing laws and regulations and to implement strong mechanism. This research finds that there is a significant lack of awareness not only to factory workers but also to SMEs workers about their rights, and this lack of awareness extends to the SMEs employers 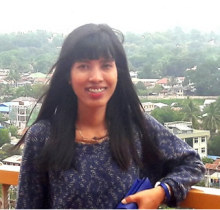 Researcher: Yatu completed her Master degree in Human Rights and Peace studies from Mahdiol University. She also worked for promoting right to education for Myanmar refugees in Thailand. Currently she works in the area of development sector in Myanmar.