During Myanmar’s gradual process of democratization since 2011 there has been increasing cooperation between the Myanmar lawyers, judges, legal academics, and judges with the global community. Throughout this time, many legal experts have worked with Myanmar professionals in developing the rule of law, strengthening institutions and legal education. People working in the Myanmar legal system have led this process and real change was underway. However, all this work was disrupted, and potentially destroyed, because of the military coup on February 1, 2021. Since the coup many Myanmar professionals have been reaching out to the international community to express their willingness to fight peacefully for the democratic legal system they are building, and to ask for support in doing this.

This Statement, signed by over 350 legal professionals across the world, expresses grave concerns about the treatment of lawyers by the Myanmar military regime since the coup on 1 February. Myanmar lawyers cannot represent their clients, because there is no cooperation from the police and the courts have ceased to function. Lawyers have been denied access to people who are detained. Some lawyers have been arrested without warrant. Students have been arrested and lecturers threatened.

The Statement calls for justice, and repercussions for those involved in the illegal attacks on the legal community. 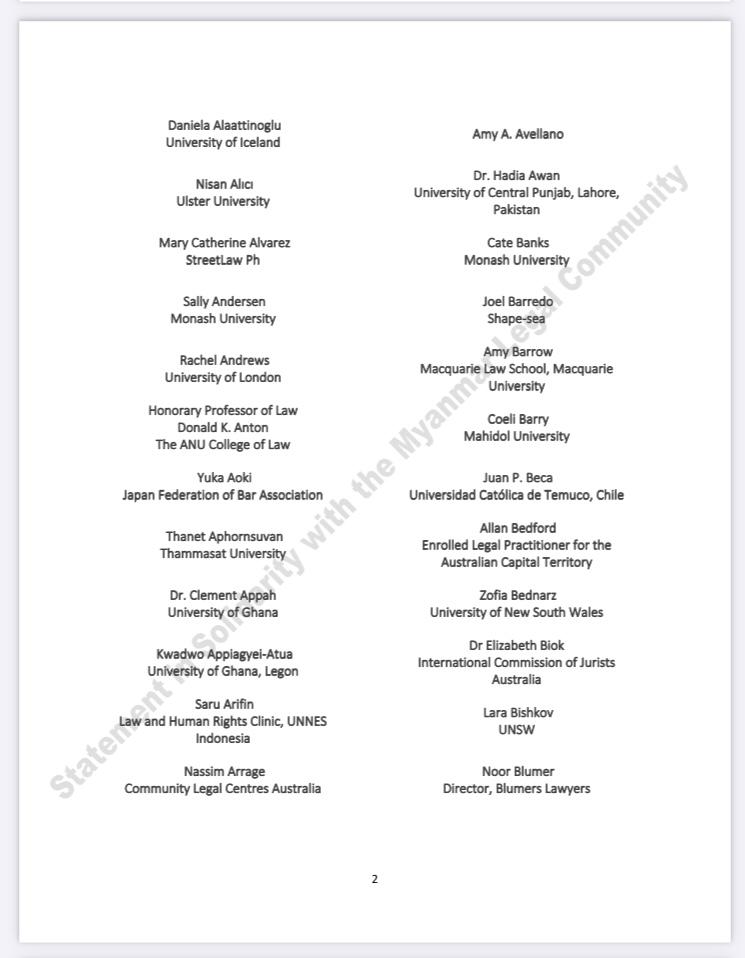 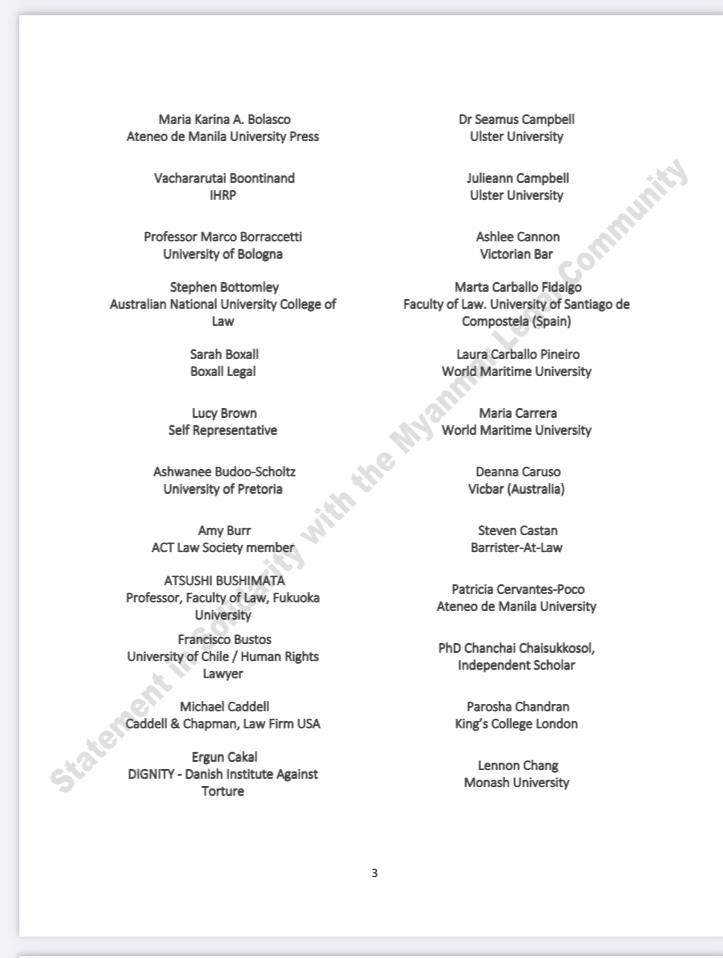 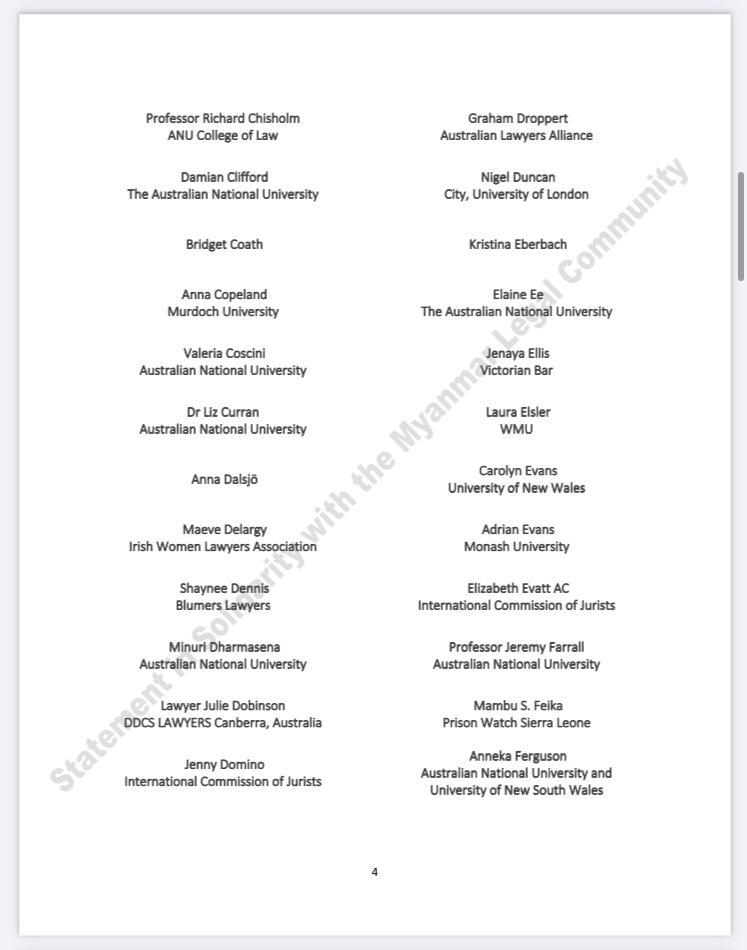 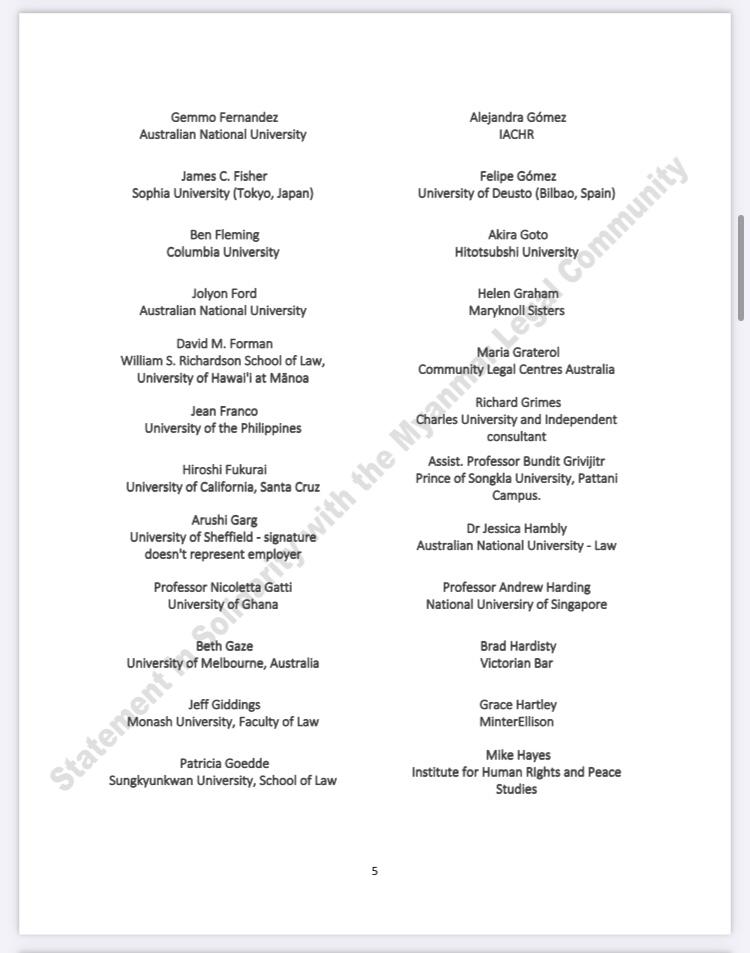 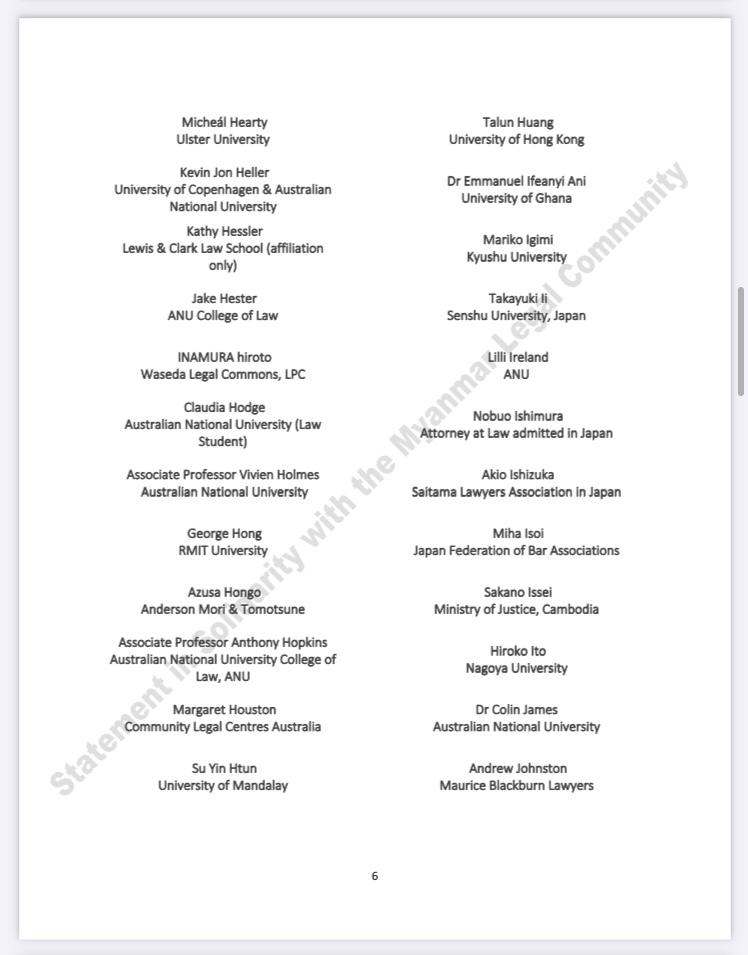 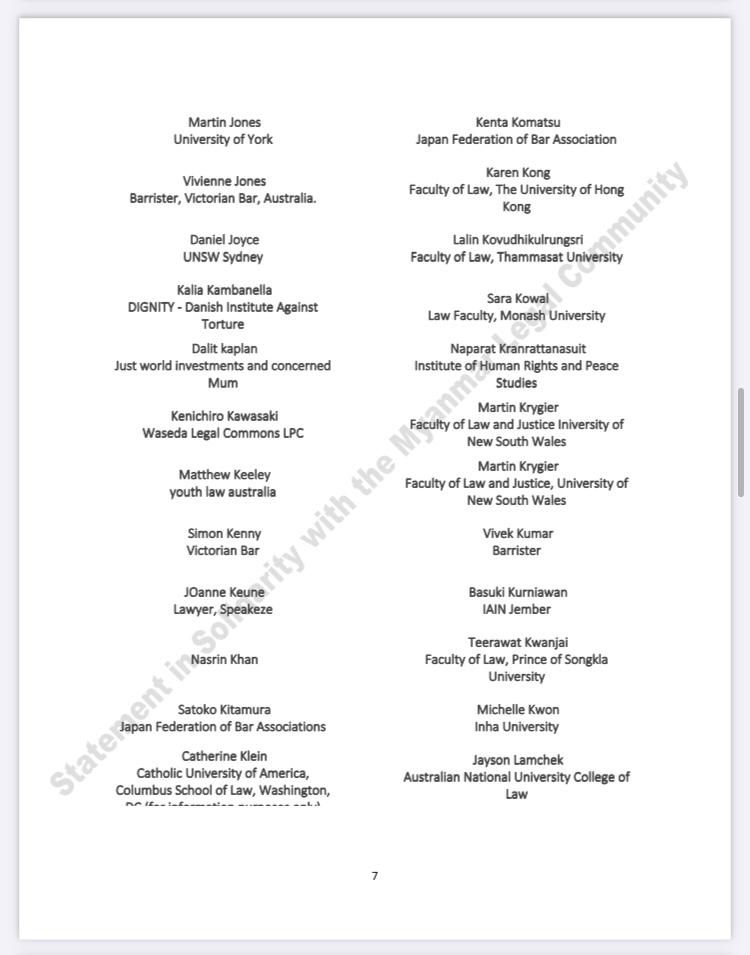 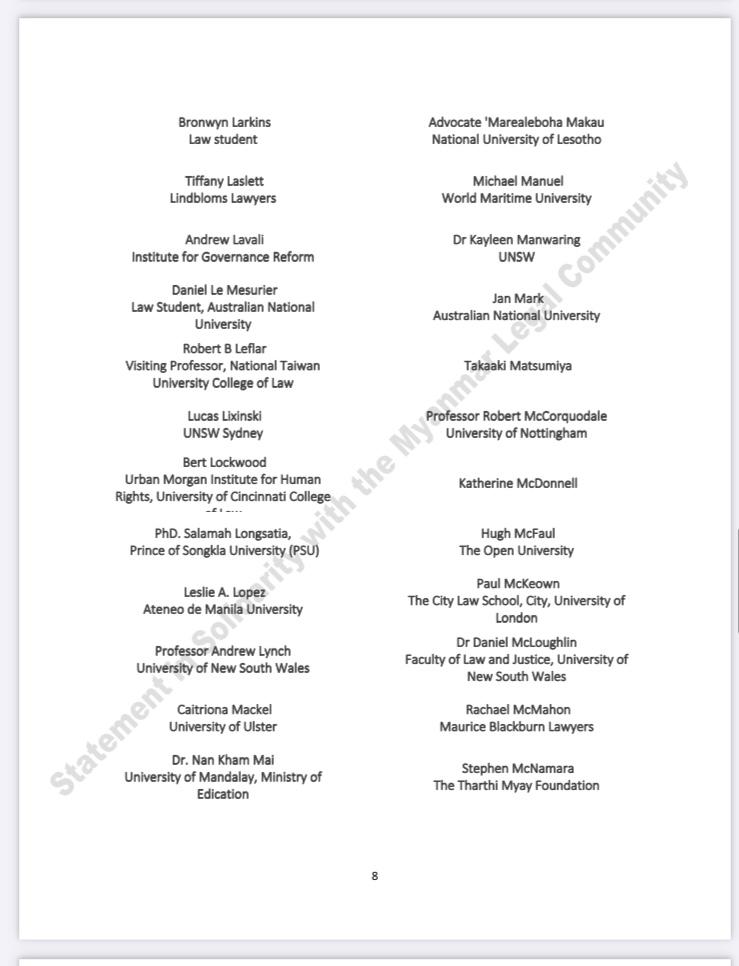 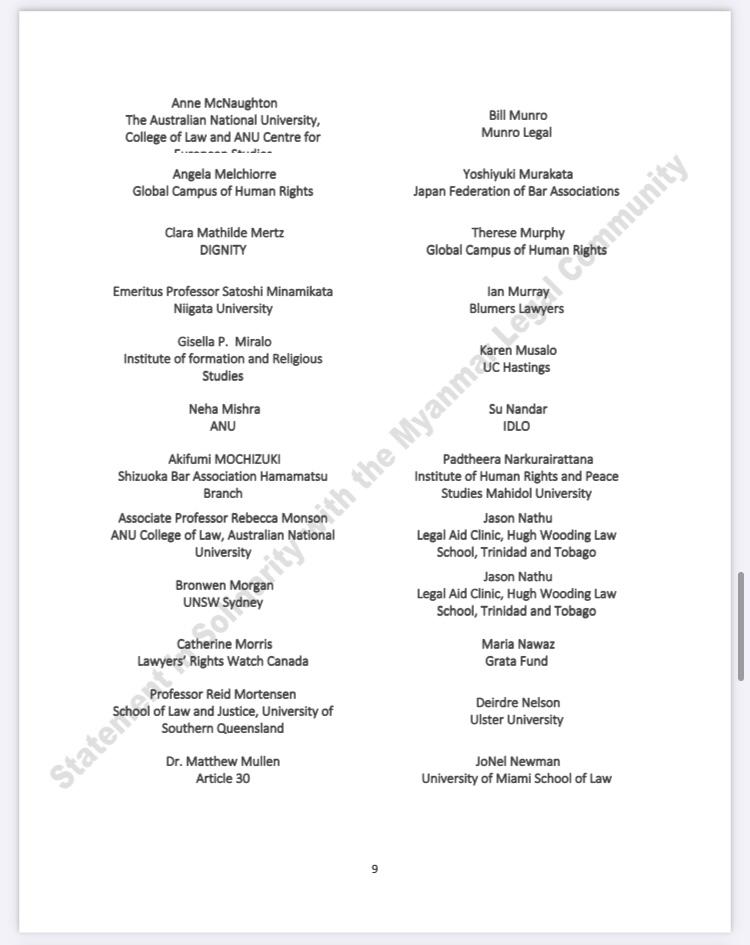 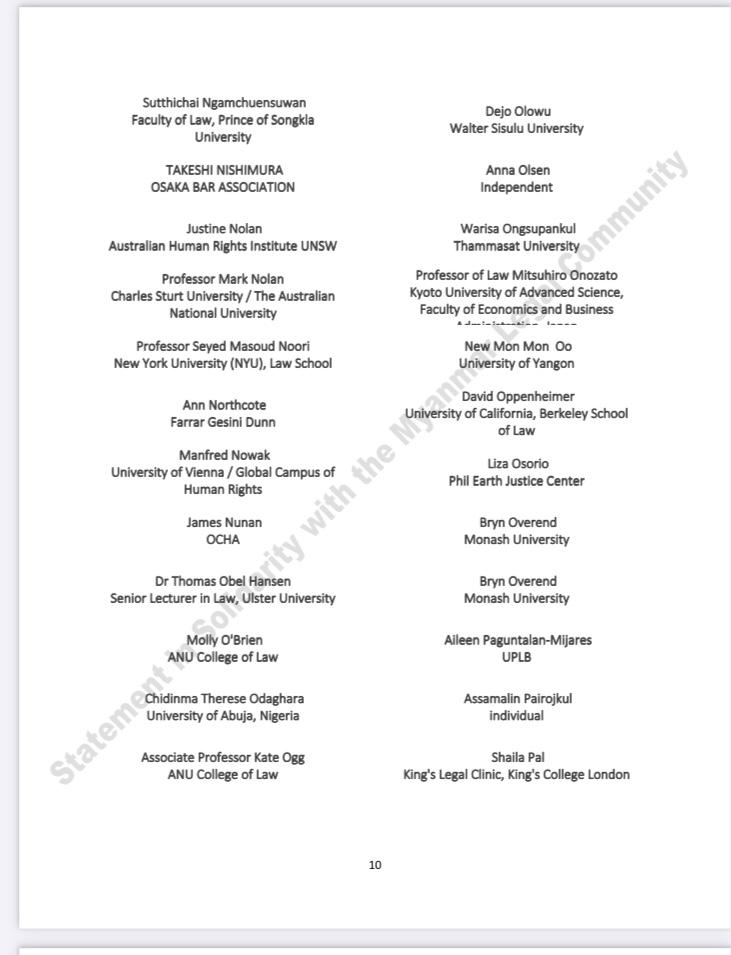 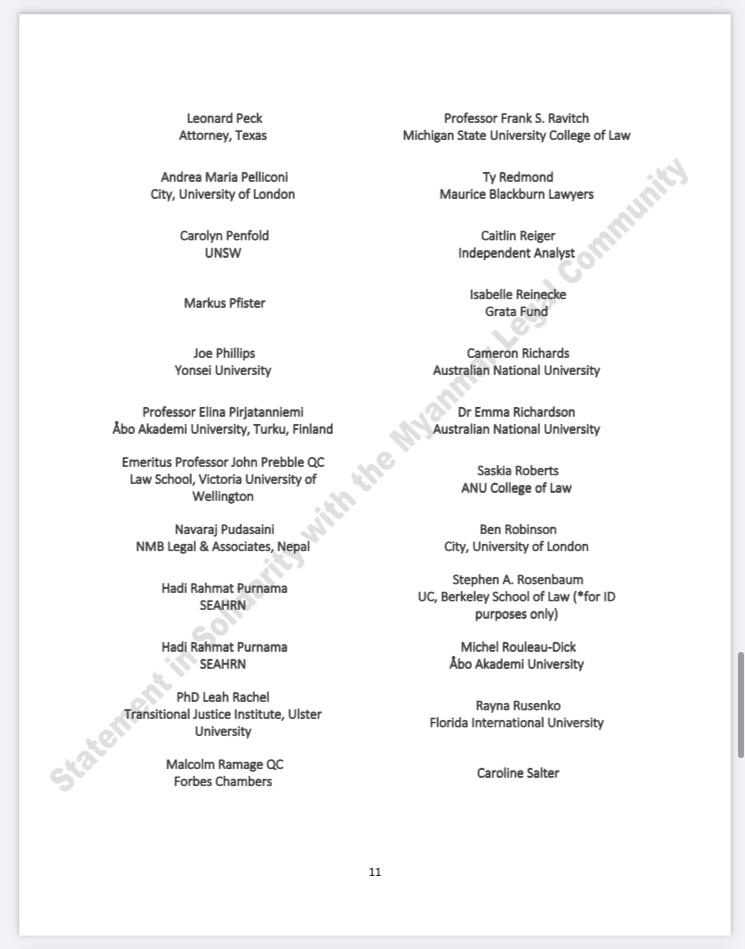 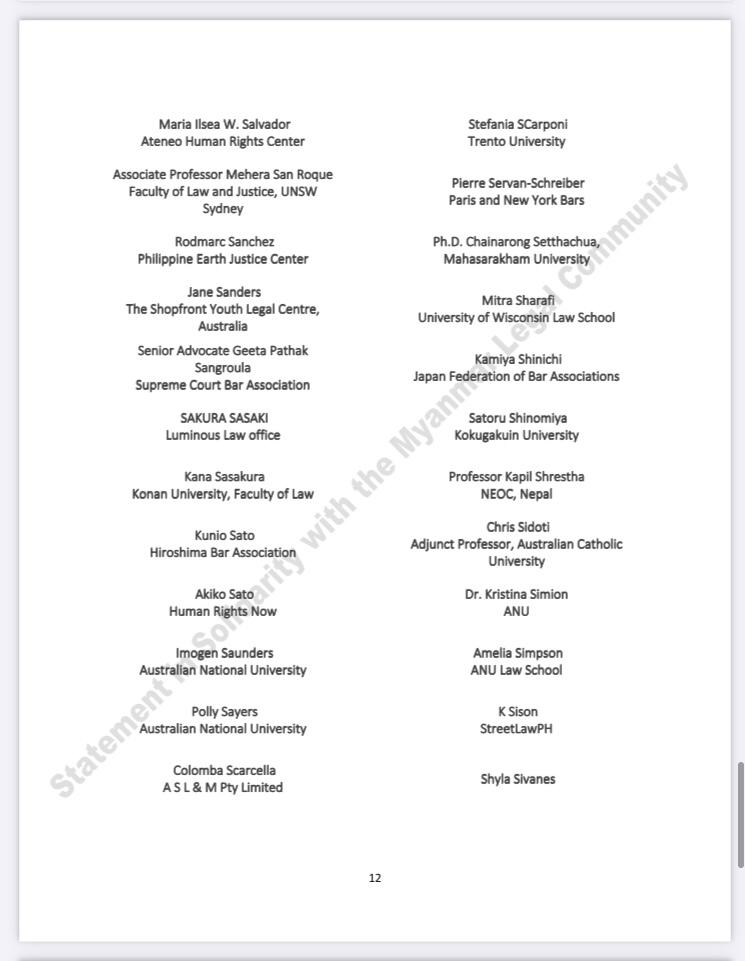 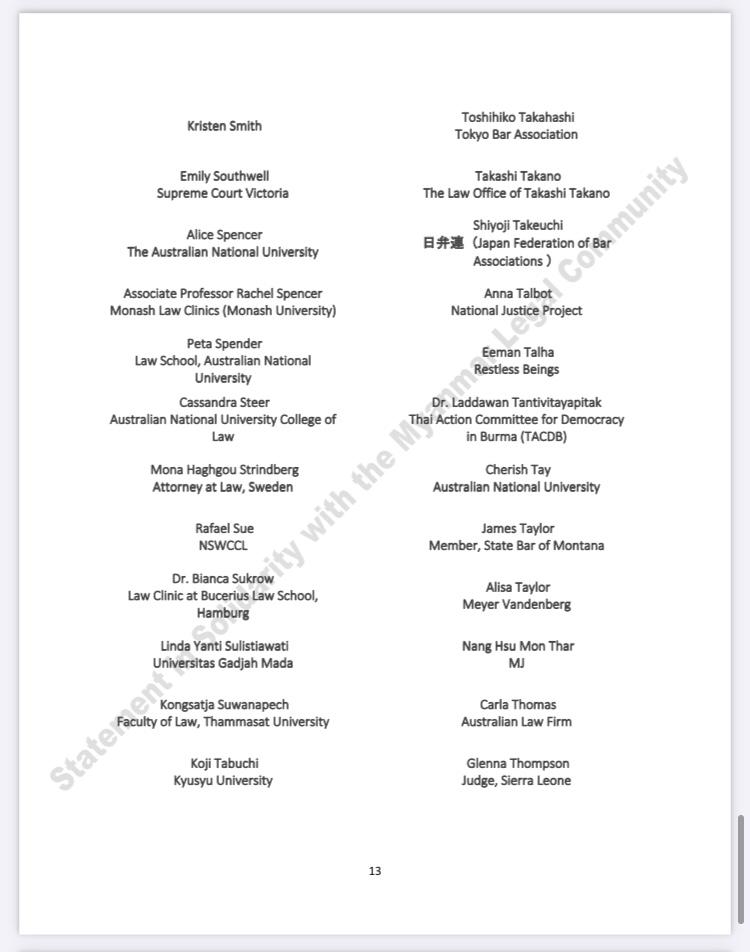 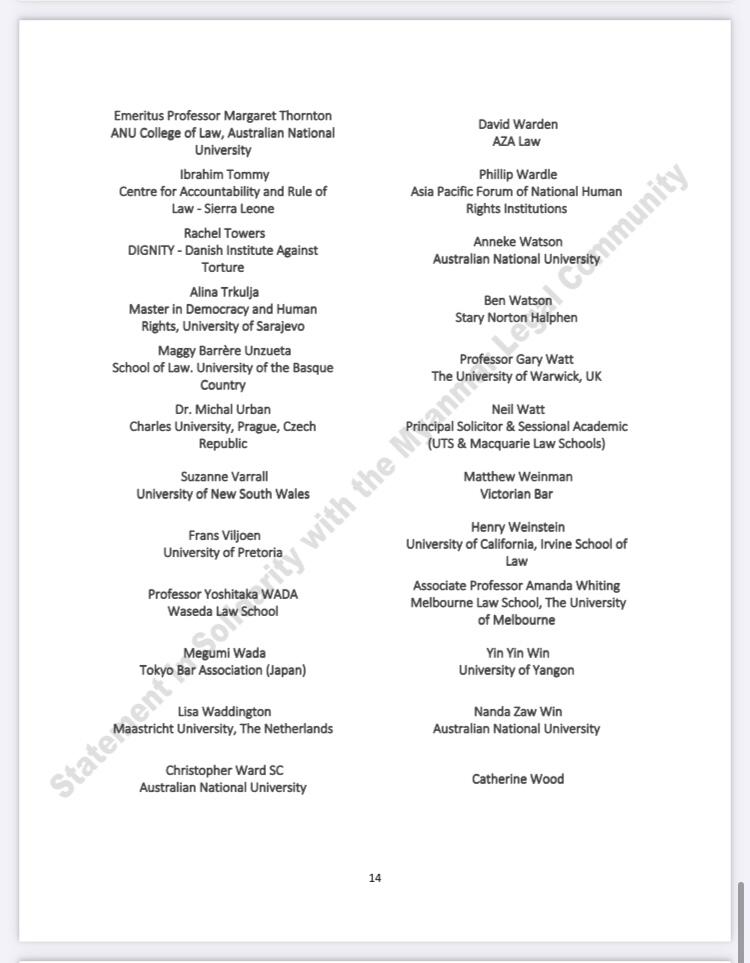 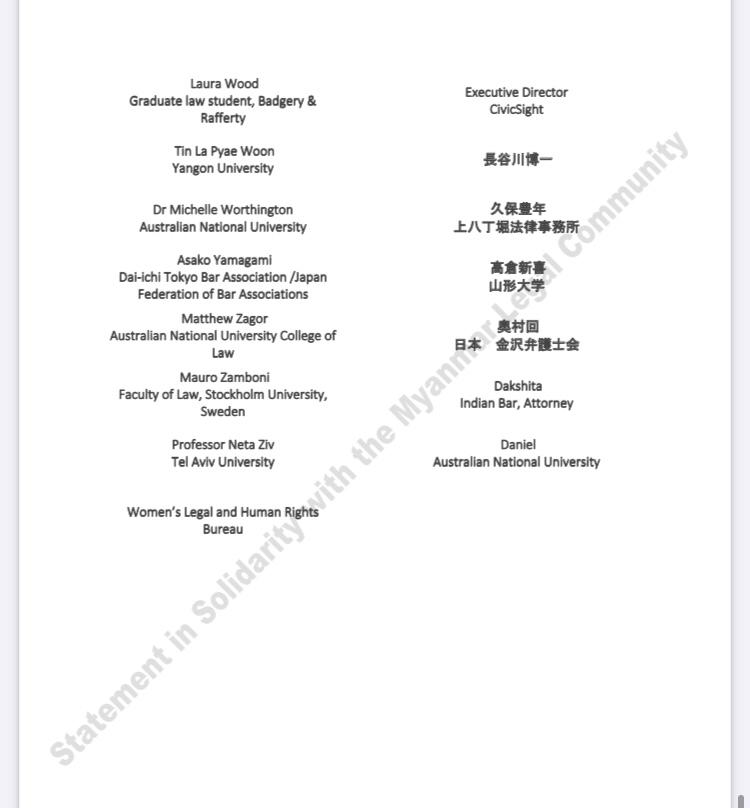 ✊🏾 IN SOLIDARITY ✊🏾 Around 350 academics and human rights advocates pledged their support and raised their voices against authoritarian rule and democratic backsliding in Burma/Myanmar. We continue to stand with the people and resist any more harms against them and the spirit of democracy! #whatshappeninginMyanmar #StandWithMyanmar.